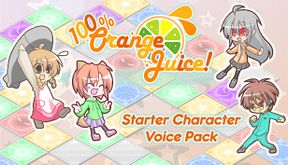 New voices can be selected as announcers, and also give the characters in question additional dialogue when they are in play.

Every chapter, a treasure chest appears on the map, up to a maximum number depending on the map.