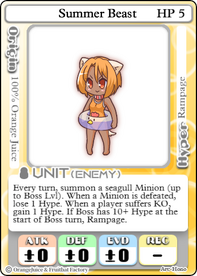 Summer Beast is the unique Co-op Mode boss for the Summer Games event. It has 5HP, and has a statline of 0 ATK, DEF and EVD outside of battle, and +2 ATK, +1 DEF and 0 EVD during combat. It possesses 10 lives, so the players will need to KO the boss 10 times to win the game. It also has a Hype mechanic indicated in the boss card at the top of the screen with a Pudding icon, which builds up to a Rampage. A Rampage will cause damage to all players, double its movement rolls and give Summer Beast +1HP permanently. It has a set of passives: 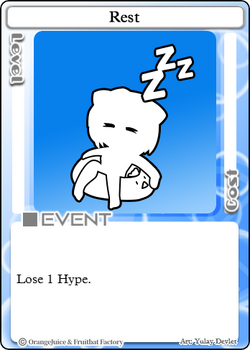 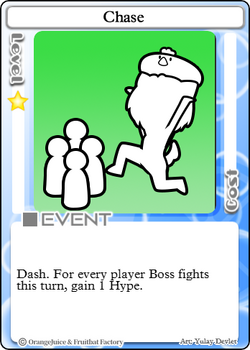 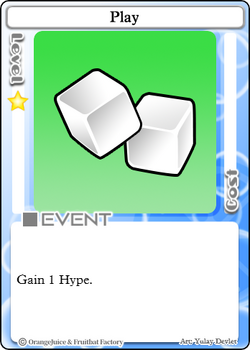 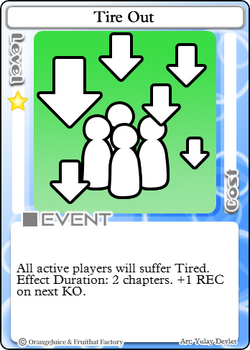 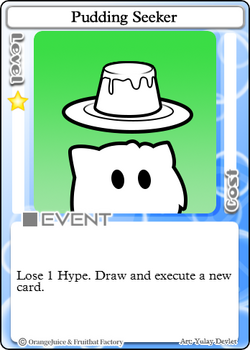 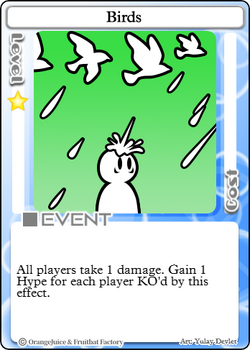 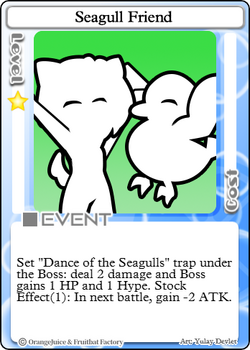 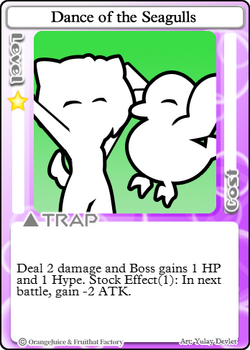 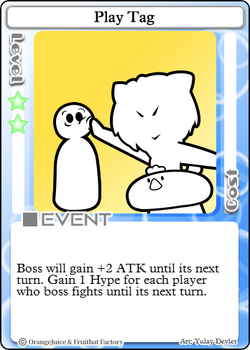 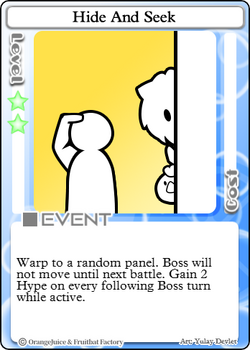 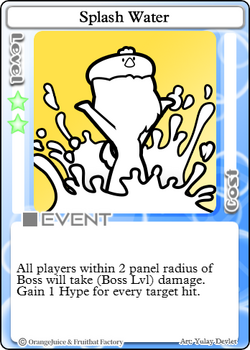 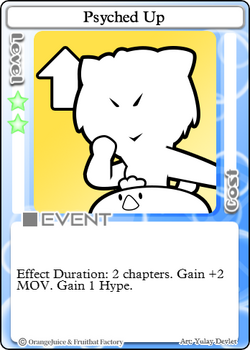 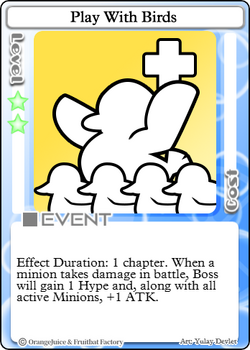 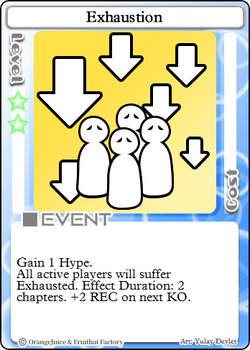 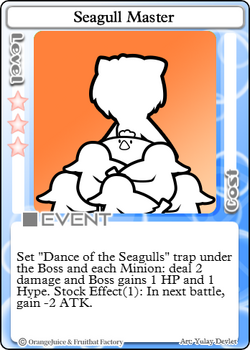 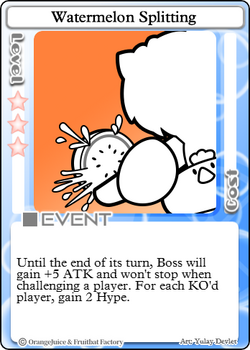 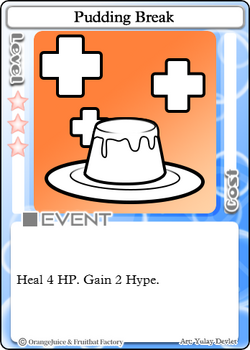 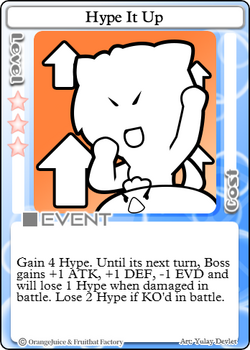 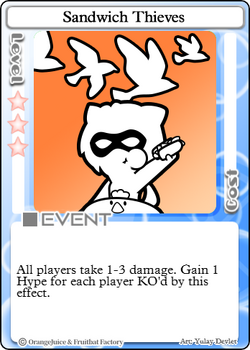 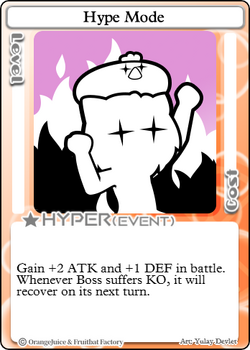 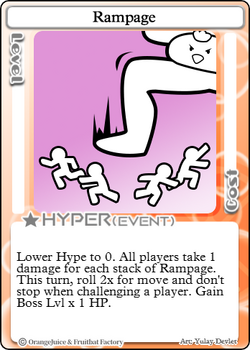 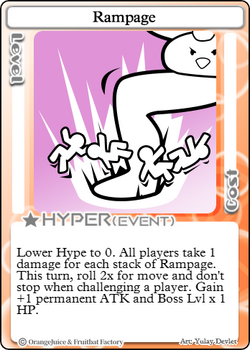 All drops can be earned in both single and multiplayer, but multiplayer is advised.

This event features a global counter on the main menu of the game. As Summer Beast takes damage in online games, her global health decreases. Global health will also decrease upon defeating any of the other five Co-op Bosses, but this is only half as effective as defeating Summer Beast. Starting at 375,000 HP, once a certain amount of damage is dealt, new items were unlocked for all players.

Note that players must fight any co-op boss at least once during the event before global counter rewards can be received at the main menu. It is possible to obtain all unlocked rewards from both global counters for as long as the event is active.

For the first time in 100% Orange Juice, this event featured a "refresh" of the global counter, due to how fast the community was able to reach 0 and complete the event goal.[1] Starting at 500,000 HP, this second global counter functions identically to the previous one, and only has one milestone.

Bonus items can be received at random after finishing a game during the event. This event features the below bonus items (shown as x/5 in the event pop-up).

There are some cosmetics with specific unlock requirements, separate from the event goal and random drop table.