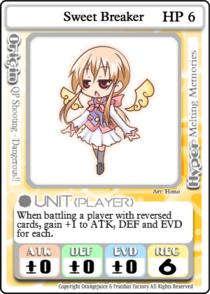 When battling a player with reversed cards, gain +1 to ATK, DEF and EVD for each. 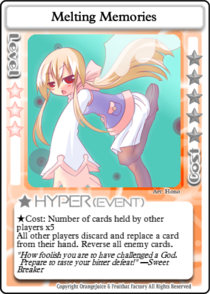