Lifeguard on the White Beach

From 100% Orange Juice Wiki
Jump to: navigation, search
Lifeguard on the White Beach 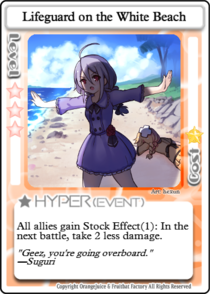 Lifeguard on the White Beach is a unique co-op only hyper card available for the guardian role. Once the player reaches level 5 with the guardian roll, the player can use the role selector menu to substitute their character's original hyper for this hyper. When activated, all allies receive a protective stock that will shield them from 2 damage in their next battle. (This effect stacks with the shield guardians can normally grant).

Lifeguard on the White Beach is a solid late-game defensive option that can be used to aid the players in surviving potentially fatal battles. Given the strength of most boss' stats and rolls toward chapter 30 and after, the 2 damage protection added by Lifeguard on the White Beach can provide players with just enough strength to prevent KO's. Arguably, the two best aspects of the hyper card are that it is one of the cheapest role hypers and gives a stock to every player, which will not go away until their next battle. Consequently, it can be particularly useful on characters like Miusaki who need to sustain their HP or even the guardian who activated the hyper (high HP characters are often used for the guardian role like Fernet and thus -2 damage will make it even harder for the boss to KO the player). The card is also useful for characters whose hyper card does not fit the guardian role or isn't well suited for co-op mode. FOr example, the hyper can be quite useful for characters like Suguri (Ver.2), as

Revival of Stars is not a particularly helpful card in co-op, since it cannot remove

Boss panels, and can hinder the team's ability to collect wins.

The two downsides of using this hyper card are that it's not as powerful as the traditional guardian shield and it will replace a character's existing hyper card. While the stock effect does have the bonus of affecting all players, unlike the normal shield ability, it does not protect the players from out of combat. As a result, cards like 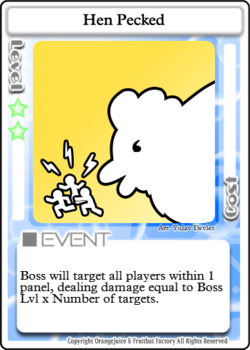 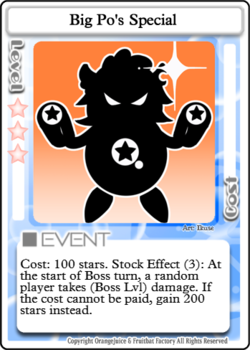 will remain deadly. If the player is particularly unlucky, they may end up wasting the stock battling a minion (if the boss has one) instead of the boss. The card might not also be as useful for certain characters that already have comparably strong hyper cards or other desirable effects, such as Natsumi's Cooking Time (Co-Op) 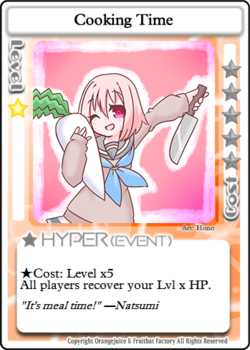 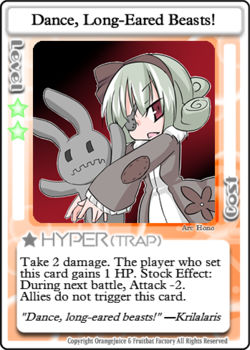 . Overall, the viability of the card is heavily dependent on what the player is hoping to accomplish with their character of choice and what boss they are battling against.