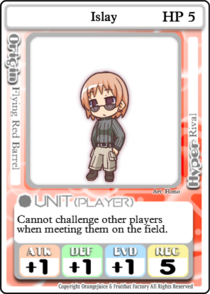 Islay (アイラ Aira) is one of the playable characters in 100% Orange Juice!. She was added to the game in DLC 23, alongside Yuuki.

Cannot challenge other players when meeting them on the field.

Pros
+Has an extremely strong hyper.
+Best base stats in the game. 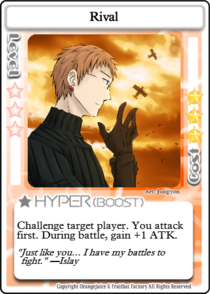