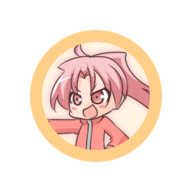 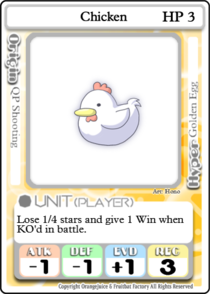 Chicken (ニワトリ Niwatori), also known as Haruo, is one of the playable NPC characters in 100% Orange Juice!.

Pros
+ Above average EVD
+ Loses half the normal amount of stars on KO
+ Low recovery time
+ Only worth one win, making it a less valuable target for win seekers
+ Hyper has no cost and has a positive effect when Chicken triggers it. 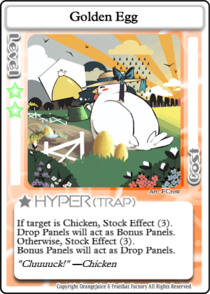