The Bounty Hunters event introduces a new mode called Bounty Hunt mode. Each player will compete against each other, much like in Normal Mode. However, the norma rules for this event have been changed completely, with a new norma type called Fame. In Bounty Hunt mode, Fame norma is always selected by default when leveling up, and Stars and Wins norma cannot be used. Fame is earned by completing quests, completing bounties, KO'ing the Boss, and KO'ing players with higher Fame than you. A number of changes to game mechanics have also been made.

A number of new mechanics have been introduced alongside the standard mechanics of Normal Mode.

Quests and Bounties are the main method of earning Fame in Bounty Hunt mode. Upon landing on a

Home panel, the player will be prompted to select one of four Quests or Bounties. Upon choosing one, it enters the player's hand, taking up a card slot, and will be visible to all players. A quest or bounty must remain in the player's hand for it to remain active. They don't stack, which means only one card of the same type can be done at once. If it leaves the player's hand through any means other than turning it in, it can no longer be completed. Using a quest or bounty at the beginning of a player's turn will discard it. Besides that, they are treated as regular cards, so cards like

Flamethrower can either discard them or have any other impact on them.

Quests are peaceful objectives which involve going to a location to retrieve a quest item, and then turning that quest item into a shop. If the player is holding a quest, passing the designated location will automatically reward the quest item. Then, it may be taken to the designated shop in order to receive Fame. Players cannot hold more than one of the same quest item, meaning that two duplicates quests cannot be completed simultaneously. However, multiple quest items that are not the same can be received and turned in at the same time. Quests will always give 2 Fame when completed.

Bounties are fighting objectives that require the player to find the listed monster and defeat it. Monsters may be found in locations after passing them once, and a monster may only be fought if the player is holding a bounty associated with it. When a fight with a monster is initiated, it will be fought in a special type of fight called a Bounty Battle. Bounty Battles are similar to standard battles, but always have a

Final Battle-like effect applied to them, which means the battle will not end after one turn. Each monster has its own passives and stats to contend with. Upon defeating the monster, the bounty will be consumed and Fame will be instantly rewarded. Only one bounty may be completed per fight, duplicate bounties cannot be completed at the same time. Monsters can give anywhere from 2-4 Fame, depending on the monster.

Locations are special areas that can appear on the board. Locations serve two main purposes: retrieving quest items and fighting monsters in Bounty Battles. There are 5 types of locations: Castle, Cave, Field, Ruins, and Swamp.

Each location has an associated quest item. After receiving a quest to obtain a quest item, players may collect the item by landing on or passing the location it is associated with.

In addition, wild units can spawn on locations. A monster will spawn on a location the first time a player lands on or passes by it. Any type of monster may spawn in any location. If -- and only if -- the player is holding a bounty for a monster, they may choose to battle that monster in a Bounty Battle when landing on or passing by a location with that monster on it. If the player loses to the monster while fighting it, the monster's HP stays reduced for the next time someone tries to battle it, until the bounty hunt locations are reset. Locations despawn when a bounty is completed on them.

Shops are other special areas that can appear on the board. Players may choose to stop on shops when passing by them. Shops serve two main purposes: purchasing items and turning in quest items. There are 3 types of shops: Armory, Bakery, and Tavern.

When choosing to stop on a shop, Stars may be spent to purchase items. These items include cards as well as consumables which provide immediate stock effects upon purchase.

In addition, if the player has a quest and its corresponding quest item, they may land on the associated shop in order to turn in the quest. This will take away both the quest and quest item, and reward Fame. The shop that is needed for each quest is indicated by the NPC who is giving the quest.

In Bounty Hunt Mode, the board's usual boss will be replaced with Moss Golem, a new boss exclusive to the game mode. It instantly awards 6 Fame when defeated.

A special type of unit called a mercenary can be purchased from the Tavern. Doing so will spawn a Pirate Crew Member that will walk around on the board, taking its turn after Player 4. The mercenary will have either the

Yellow color equipped, depending on the player who spawned it. Mercenaries will only trigger

Warp Move panels, and it will attack any other unit it passes on the board (other than the player who spawned it). They will remain on the board until they are KO'd. Mercenaries have different stats and passives from the Pirate Crew Members that spawn on

When landing on a

Home panel, the player will be given a selection of four random quest and bounties to pick from. Once a selection has been made, it will be added to the hand, and will take up a card slot. Using them will discard them. 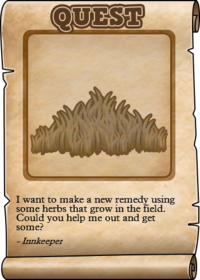 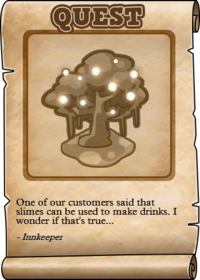 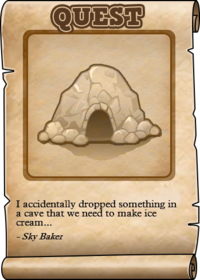 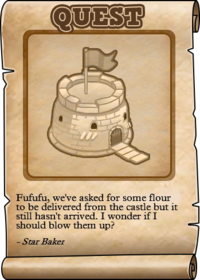 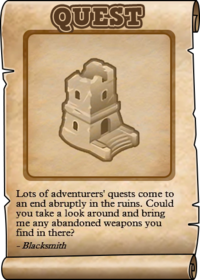 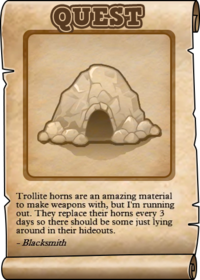 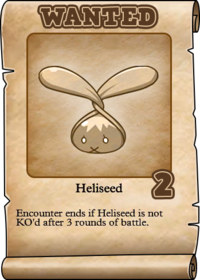 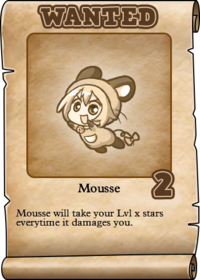 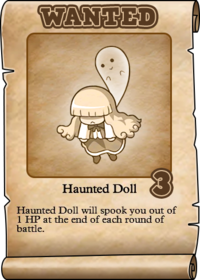 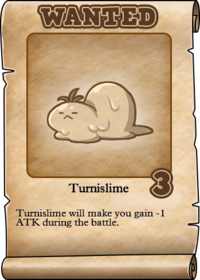 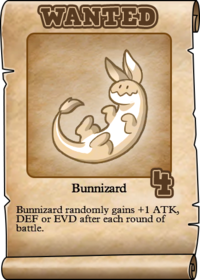 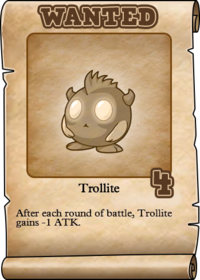 Monsters are special enemies that appear on location panels after they the first time they are landed on or passed. Monsters can only be fought if the player is holding a bounty for that monster. Monsters are fought in special Bounty Battles which have a

Final Battle-like effect that causes the battle to continue until either ten turns pass, a unit is KO'd, or another effect otherwise ends the battle. Each monster has its own unique passives to contend with. They give 1 Win upon defeat. Additionally,

Revival of Stars will debuff them for 1 ATK.

When landing on a shop, Stars may be used in order to buy items. Most of these items are consumables which can bestow the player with permanent or temporary stock effects. All items are used instantly upon being purchased and cannot be stored. Each store carries its own selection of items. Items are shown to everyone upon purchase, and the stock persists until they are shuffled. Cards, however, are hidden to everyone except the buyer.

Shop prices are affected by a character's base stats. Based on the default stat spread of +0 ATK, +0 DEF, +0 EVD, and 5 HP, characters will gain an adjustment to their Shop prices based on how positive or negative each of their stats is. ATK gives a 25% modifier, while DEF, EVD and HP give a 10% modifier.

The Armory, run by Marc the Blacksmith, sells various battle cards and Hyper cards, as well as various equipment that can boost stats or protect from damage.

The Bakery, run by Star Baker and Sky Baker, sells various sweets that can boost stats or give other boosts.

The Tavern, run by Natsumi the Innkeeper, sells various drinks that can heal HP, as well as give extra overheal HP. Mercenaries may also be hired here.

The goal of the Bounty Hunters event is to reach Rank B by collecting enough Fame. 150% of any Fame that was earned during a game will be added to the point total at the end of the match. However, there will be a penalty if the player pressed shift or control during a singleplayer game. Rank B is needed to complete the event goal, but the player may continue earning Fame afterwards to get more rewards. The highest rank is Rank A.

The player's progression is monitored by the scroll on the main menu of the game, which lists the total amount of earned Fame and progress to the next rank.

This event features a ranking system, where the player must earn Fame from Bounty Hunt games in order to climb through the ranks. When leveling up to a new rank, a reward is received. These rewards are counted as bonus items (shown as 0/3 at the event beginning).