The wiki currently has very few editors maintaining it. Contribute today, become an editor, or join the wiki's Discord server here to suggest improvements! We need your help! 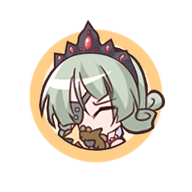 Welcome to the Official 100% Orange Juice Wiki!
This wiki is about 100% Orange Juice!, a digital board game by Orange_Juice. This encyclopedia is written by fans for fans!
49,772 edits made and 1,512 articles created since May 20, 2014.
Please help us to expand the 100% Orange Juice wiki! Visit To-Do for more info. 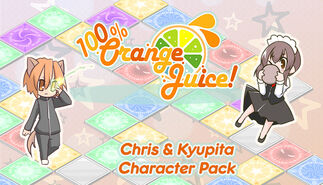 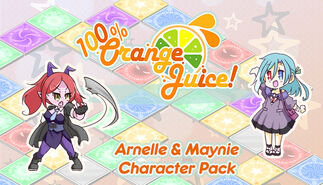 Arnelle & Maynie Character Pack
100% Orange Juice - Arnelle & Maynie Character Pack adds two all-new playable characters from developer Orange_Juice - Arnelle, the self-described greatest treasure hunter, and Maynie, her trusty sidekick with a bit of a wild side. The new characters are designed by Orange_Juice's original staff for the game's English Steam release, with character art by Hono and hyper card art by Siumai112.This DLC can be purchased on Steam.
Fruitbat Announcements 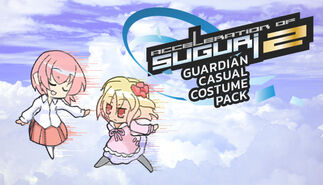 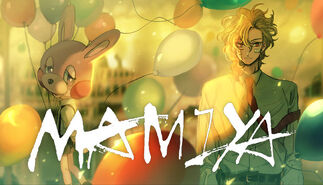 MAMIYA - A Shared Illusion of the World's End
MAMIYA is a captivating, dark visual novel in which a group of young men struggle against existential dread before the end of the world. This apocalyptic fantasy visual novel, featuring 6 different endings and 83 CGs, is coming out worldwide in Spring 2021!MAMIYA can be pre-ordered from the Fruitbat Factory store and wishlisted on Steam.
Play 100% Orange Juice

Featured Character of the Month 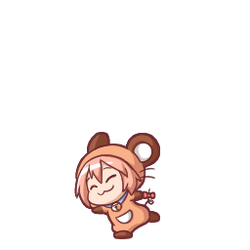 Mousse
Mousse is a character originating from the game 100% Orange Juice!. She first appeared in the Bounty Hunters event as a fightable bounty monster, before returning in Bounty Hungers. In the Wanderers campaign, she appears as a target of Ellie's, with Ellie believing that the two knew each other in their past lives. Unlike Poppo, Mousse is voiced by Aiya Saki.
Discord
Affiliates